The project was carried out over the course of two years (2017-2018) and includes the production of audio stories for 14 communities across the Golan Heights.
The residents of each community selected a central theme that best represented the community.

The chosen theme was then given a “face” in the form of an environmental sculpture built at the center of the community and intended for playing, sitting or just for the viewer’s
enjoyment.
It was given a “soul” through a special story we wrote based on the theme of the community.

Each story was recorded by actors (professionals and locals). And it received a “voice” thanks to the audio system installed inside the sculpture, which plays the story.

This project is the result of a collaboration between 3 bodies. Masbiran Koli, which initiated the project, local sculptor Roee Shinar who created the visual art and us (Pausa Production
House), who produce the artistic content, which included casting, recording and editing the soundtrack.

The project has already been implemented in several locations across Israel, including Golan Regional Council, which ordered the project for 15 localities in the Golan as part of its 50th
anniversary.

This project allows you to plan a trip in the Golan based on the audio stories scattered around the region, which tell the locality&#39;s story in a dramatic, humorous or
moving manner and even enjoy the environmental sculpture that allows you to climb on top of it, slide off it or just admire its beauty.

The work process also involves the community in the stage of planning, writing and acting on the recorded scenes. 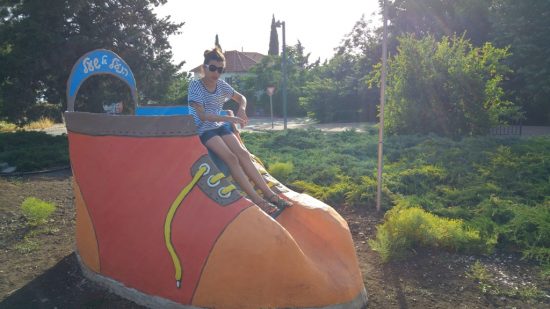